Dependable. Down to Earth. Warm. Comforting. These are just a few of the words used to describe Dr. Steven Bailey. He attributes these qualities to being raised by his wonderful parents, who taught him strong values and a touch of southern hospitality.

Steven Bailey attended Morehouse College in Atlanta on a full tuition scholarship. During his time at Morehouse, he was very active on campus and in the local community. He enriched his college experience by becoming fluent in conversational Spanish, studying abroad at the Universidad de Benito Juarez (Oaxaca, Mexico). He graduated from Morehouse College on the dean?s list, with honors. After college, he attended Meharry Medical College in Nashville, TN. He excelled in medical school earning multiple scholarships and graduated with the highest honors (GPA of 3.98).

Dr. Bailey had the privilege of training at some of the most rigorous, high volume institutions in the country. He completed General Surgery Residency at UT Southwestern Medical Center/ Parkland Hospital. During his seven-year training program, he completed two years of research in the Plastic Surgery Department publishing several peer reviewed articles, winning awards for scientific research from the American Burn Association, American Society for Aesthetic Plastic Surgery, Texas Society of Plastic Surgeons, American Society for Reconstructive Microsurgery, and American Association of Plastic Surgeons.

After completing General Surgery residency, Dr. Bailey was a highly sought after candidate for Plastic Surgery Fellowship, interviewing at many of the top tier training programs across the country. He chose to attend the number one plastic surgery training program in the country and remained at UT Southwestern Medical Center in Dallas Texas. Dr. Bailey was exposed to every aspect of aesthetic and reconstructive plastics surgery and trained directly with many of the innovators and thought leaders in modern plastic surgery. In addition, Dr. Bailey completed a 2-month externship at the world-renowned Scottish Rite Hospital in Dallas Texas.

Dr. Bailey developed an interest in hand surgery during his Plastic Surgery Fellowship. After completing plastic surgery training in Dallas, he was accepted to the Baylor College of Medicine Combined (Orthopedic/ Plastic) Hand Fellowship Program in the prestigious Texas Medical Center. During his fellowship, Dr. Bailey was exposed to the full gamut of hand surgery from traumatic injuries from the fingertips to the elbow to the latest minimally invasive and arthroscopic techniques. In addition, due to several professional team associations in the Texas medical center, Dr. Bailey was also exposed to a variety of issues commonly faced by professional athletes including golfers, football players, basketball players, and gymnasts.

Dr. Bailey is known to have a quiet confidence and warm engaging bedside manner that patients love. These attributes, coupled with his attention to detail and flawless execution of the craft of plastic surgery/hand surgery, makes him not only a highly sought-after plastic surgeon, but a wonderful friend to each and every patient.

Has a hand condition or injury set you back? Contact us today with questions or to schedule a consultation. 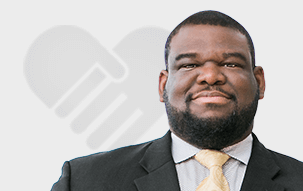 Fellowship trained hand surgeon specializing in treating conditions and injuries from the hand to the elbow.